Hi—Yes I know time has passed but the stories I tell are on time warp and as such are fresh as yesterday.

So to continue, remember the Big Night was to celebrate the 40th anniversary of SOAR, the Streeterville Organization of Active Residents. This is a posh neighborhood, one of the wealthiest in the U.S. A lot of talents with big names live in its borders between Oak Street and the Chicago River and from Michigan Avenue to the shore of Lake Michigan.

It gets its name from George Streeter who in the late 1880s wrecked his cruise boat on a sandbar just off the lake shore. When the city of Chicago planned to build Lake Shore Drive, he made a claim against the city claiming this land was his. For years that became decades, he was a thorn in the side of progress and the City of Chicago. In 1918, he was jailed. The courts ruled out his claim. He lost the battle but won a place in history. 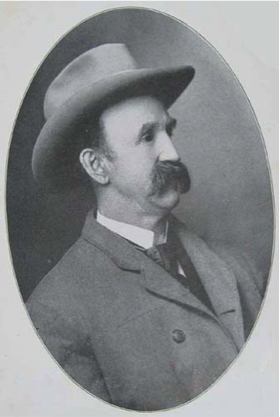 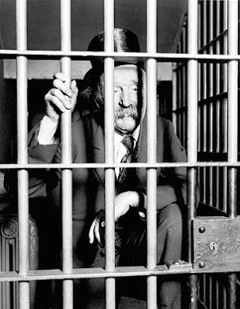 Captain George Streeter, having caused too much trouble.

Although the area is filled with the rich and famous and their real estate the most expensive in Chicago, it is George Streeter, with his longevity as a squatter that Streeterville is named after. 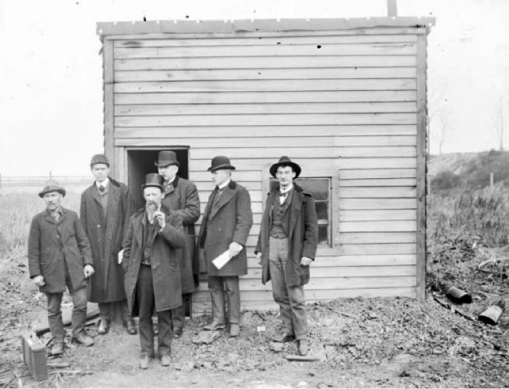 One of the first “houses” by Streeter on Streeterville, a one room box built from boat wreckage.

Now begins the round about story that leads to my student, John Holabird, a WWII hero and famous architect. The great German architect Ludwig Mies van der Rohe came to the United States in 1938. The Nazis had shut down his avant garde Bauhaus School of Architecture. For many years he lived in Streeterville in an apartment at 200 East Pearson. It is said he lived here in an environment that was an “antitheses of the architectural style he favored and taught. 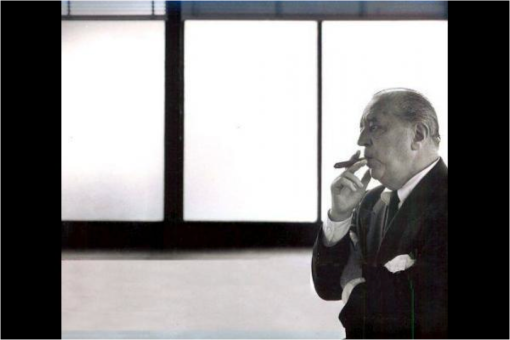 Everyone knows the affect he had on our Chicago skyline with his “less is more” style of skyscrapers built like boxes of steel and glass.

Dirk Lohan, the grandson of Mies van der Rohe, lives in Streeterville on Lake Shore Drive and has for years. He was our invited eminent speaker for SOAR”s 40th Anniversary Blueprints Gala. . He came to America 40 years ago from West Germany to study with his illustrious grandfather who taught architecture at the Illinois Institute of Technology. Lohan’s talk was much about his life working with Mies through the years. 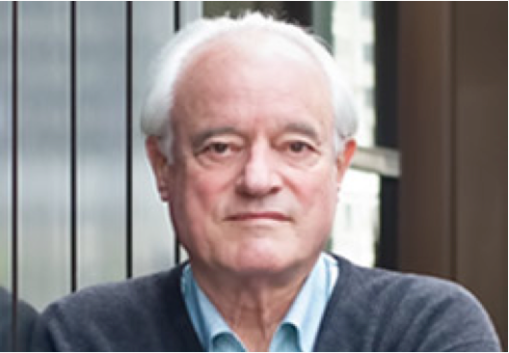 Now the end of my story. John Holabird lived at 200 E. Person for years in the same apartment Mies had occupied. John had long credits as a third generation architect of the dynasty of Holabird & Root architectural firm. The apartment was old. It was comfortable and welcoming. The only thing fashionable about it was its Streeterville address. Odd isn’t it, that Mies a disciple of steel & glass, open areas as spare as a Quaker chair, enjoyed old fashion intimacy in his own living space.

In my watercolor classes at the Old Town Triangle many students came to study after they retired from their professions. John Holabird was one. Already an accomplished artist he was a great influence on the class. He was very interested in my work – especially my paintings of WWII. I did a painting—“Battle of Pointe du Hoc, D-Day June 1944”- he was especially interested in. It showed the US Rangers assaulting the German fortifications at The battle for Pointe du Hoc. The Germans considered the Pointe unassailable due to the battery in position at the top of the cliffs that loomed l00 feet above the Atlantic Ocean. The US Rangers, 2nd Battalion, 225 strong facing steady gunfire firing down upon them, managed to raffle up the steep cliffs in 90 minutes but at great cost. Only 40 Rangers survived the assault. 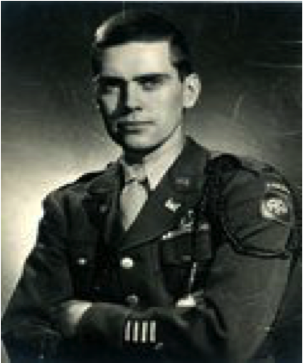 John died in 2009 at age 88. It was then at his funeral I learned about his WWII record and that he was a recognized war hero. He was in class for nearly 10 years. Deeply interested in my work as an historical artist—yet I knew nothing of the story I am about to repeat to you. His friend Kitty Weese, widow of another great architect Harry Weese and also my student at the same time John was, never told me about his war record.

It is impressive. He served in the Army in the Army Corps of Engineers, did parachute duty and received a Silver Star for his part in taking a dangerous German held bridge in Holland. “In broad daylight, facing German guns, Mr. Holabird and fellow soldiers paddled boats across a river to reach the bridge, and captured it that night. The episode was immortalized in the 1977 movie “A Bridge Too far” with Robert Redford playing the part of John Holabird.

I cannot look at my painting of “Pointe du Hoc” or the one of “Omaha Beach” and its 10,000 white crosses for the unknown soldiers who fought and fell on the beaches of Normandy without thinking of John’s service.

My students taught me more than I taught them.

After completing my studies at the School of the Art Institute, I worked as an illustrator. As the 1976 Bicentennial approached there was a fever of interest in American history. In 1971, I was asked to illustrate a book on the American Revolutionary War period which required me to travel to historic locations to paint the actual scenes. As my travels crossed and crisscrossed the paths of the patriots, I entered their lives and was forever caught in the inescapable skeins of history and was thrust into the role of historical painter. What began as a single assignment has grown over the past 40-plus years into the largest collection of American historical-site paintings ever created by a single artist. To see these historical works and to learn more about The American Legacy Collection, please visit my website at: www.kaysmithartist.com. The American Legacy Collection is a dramatic panorama of this country's historical places and its defining moments. My original watercolors chronicle 500 years of the American experience and preserve with an artist's palette our American heritage.
View all posts by Illinois Artist Laureate Kay Smith →